A member of Monetary Policy Committee (MPC), Dr Adedoyin Salami, has raised concern over the Central Bank of Nigeria (CBN)’s rise in financing of the government, thereby, limiting private sector access to credit.

Salami, in a communiqué no 114, said monetary data shows a sharp rise in the extent of CBN financing of the government deficit December 2016, adding that CBN has become a piggy bank in which over N1.5 trillion have been moved to service debt as at April, 2017 from N3 billion at the end 2016

“It is clear that the CBN has provided “piggy bank‟ services to the Federal Government”, he said.

Highlights of CBN financing of the Federal Government since Dec. 2016 include CBN’s claims on Federal Government at N814 billion is twentyfold higher while the claims of Commercial Banks rose marginally by 0.4 per cent to N4.6 trillion; 30.0 per cent increase to N454bn in CBN‟s purchase of government T-Bills; 5 percent increase in FG’s overdrafts to N2.8 trillion

“To prevent the effect of continuous and massive injections of cash to fund the Federal Government showing up in sharply higher inflation and currency weakness, the Central Bank now applies ‘special auctions. The format of the ‘auctions’ recall the dark days of ‘stabilization securities. The effect of the auctions is to raise the ‘effective’ Cash Reserve Ratio (CRR) beyond the 22.5

Per cent sanctioned by the MPC. The adverse effect on extension of credit to the private sector is not difficult to understand”. 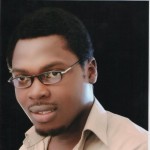 This workshop is designed to equip you and other interested participants with basic knowledge of finance and accounting principles, and interpretation of financial statements.

TRAINING OUTCOME!!!
At the end of the training, participants will be able to:
• Apply the basic principles of accounting.